2D codes such as data matrix and QR codes are used in almost all industries to share information about the parts or products on which they are marked. For example, the codes that are shown above both store the URL to the Focuslaser website. If you have a smartphone, you can find an application to scan these codes and open our website in your web browser. In the case of parts and products, codes like these are scanned at every stage of the production and delivery process to track them and store valuable information in a database.

A Quick Introduction to Each 2D Code
A data matrix code is a 2D code that is made of black and white cells that are typically arranged in a square pattern (although rectangular patterns also exist). The number of rows and columns increases with the amount of information stored in the code, which is limited to 2,335 alphanumeric characters. The L-shape that follows its borders is its finder pattern, which is used by scanners to recognize and read the code. The use of data matrix codes is standardized thanks to the ISO/IEC 16022 international standard.

A QR code—or quick response code—is a 2D code that is made of black cells arranged in a square grid on a white background. It can store a maximum of 4,296 alphanumeric characters. The maximum number of characters is mostly determined by the number of rows and columns. Its finder pattern consists of three square structures in its corners, which makes it easy to recognize. QR codes are used similarly worldwide thanks to the ISO/IEC 18004 international standard.

The Main Differences Between Data Matrix and QR Codes
You may find that both codes look similar. The differences that matter, however, cannot be seen by the naked eye!

The barcode we’re used to is made up of light and dark lines that represent letters, numbers, or a combination of the two. It is generally accompanied by a numerical code (EAN) and can be found on any product on the market.
Despite being effective for articles and consumer goods, this code is not enough to track and identify a more complex product. 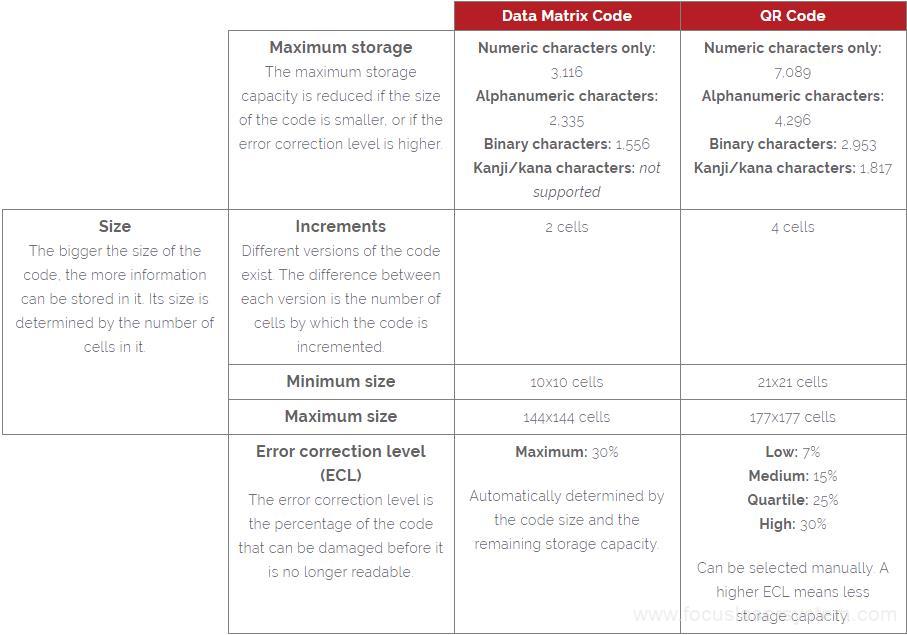 A Quick Response Code (QR code) is a type of matrix barcode, first designed for the automotive industry in Japan. The QR code system was initially invented to track vehicles during manufacture. Today, QR codes are used in a much broader context for commercial and convenience purposes aimed at mobile-phone users.

The challenge is to mark the QR codes in a short amount of time and to be readable using a smartphone or barcode reader. A series of 10mm marks were created in this application: a black, white and combined mark.

In this application, the black mark is created by surface oxidation. The challenge is to heat the surface without any signs of melting. Within the mark area, the heating should be uniform to gain a good quality mark and this can be achieved by controlling the laser and scanner parameters. The black oxidated mark was produced in a single pass, created in 23.3 seconds. 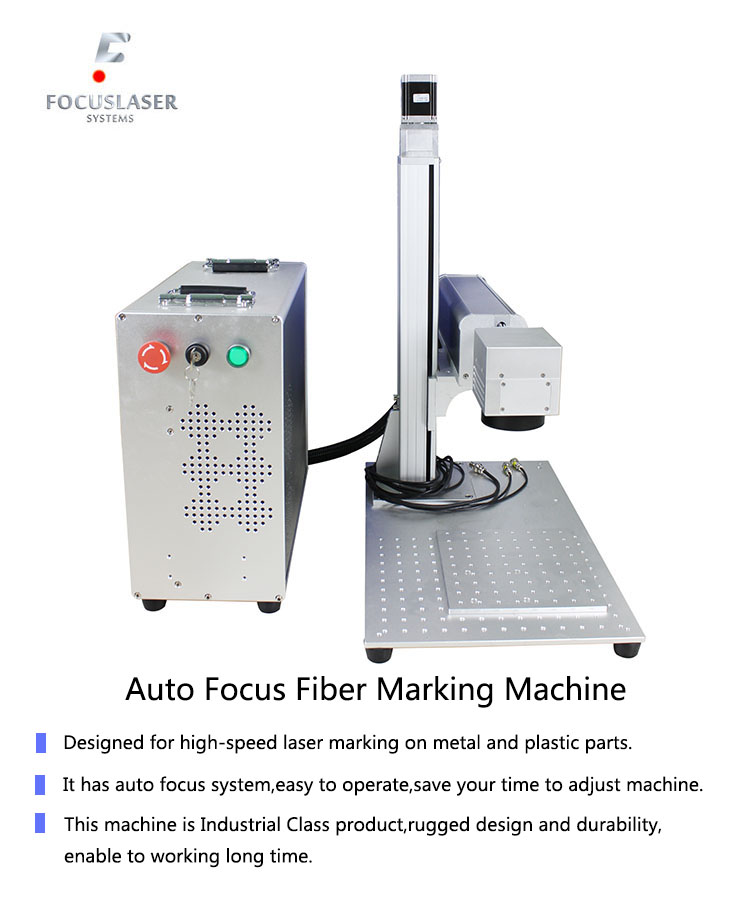